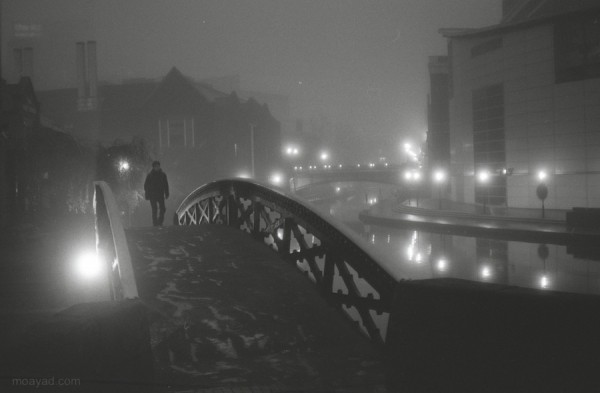 On my first year in the University of Birmingham (6 years ago) I used to live just few meters away from campus, and I remember one night going out to hear some cheering noise which led me to the first live [American] football match I have ever seen. I ran back home to get my camera and as I arrived to the court and turned the camera on… nothing happened… the battery was dead!

Flash forward six years later, I received a tip from a friend telling me that there will be fireworks show during an American Football match between the Birmingham Lions (our team) and Nottingham Trent Renegades at the university in the next few days, with cheerleaders and all! A light bulb lit on top of my head 🙂

I must state that I know absolutely nothing about American Football. My interest was purely on the event itself and the scenes surrounding it. As I said in the Bupa Great Birmingham Run project, I’m interested in the human factor, not in the documentation of the game itself. I tried to tell a story through this set of photos and to transfer the mood of the game as I felt it. The story being told through my personal experience is a key factor here, these are not pictures you normally would find on the sports page of a newspaper, I’m not sure it could even be called ‘sport photography’ at all. 50mm and 40mm lenses are not the typical choice of anyone thinking about photographing any kind of match played in a big field, but I still managed to get one ‘action’ picture of the players, try to locate it in the set 🙂 The choice of lenses gave the work a cinematic feeling, and truly I was highly inspired by my view of American Football as I have seen it in drama on film and television more than on sport channels or newspapers.

This is my first mixed film and camera project. I mean this is probably the first time for me to carry and use two cameras at the same time (apart from my iPhone). It is also my first project to feature both colour and black and white pictures. In post I simply cropped, levelled and sharpened some of the pictures. The photos of the Tmax 3200 came out a bit soft after scanning, the grains became gorgeous after a bit of sharpening though. I think I still prefer pushing the Tmax 400 to 3200 when it comes to sharpness.

It was a lovely evening really, cold, but nice. There were many photographers there who I didn’t know. The good thing is that I was walking all around the field and nobody stopped me, maybe the two cameras helped in that 🙂 … and by the way, we won 25 to 6… GO LIONS! 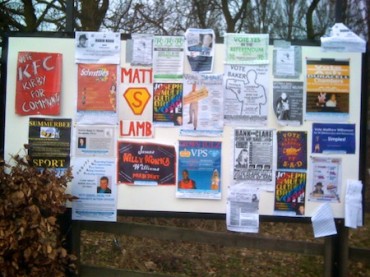