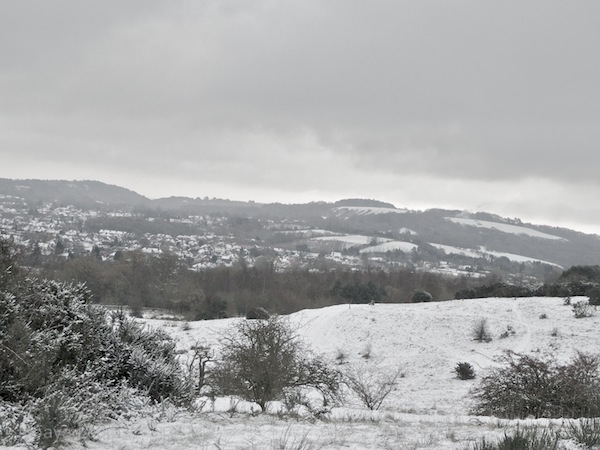 The temperature was about -2, which with the winds on top of Waseley Hills felt like -8 or even less. Heavily overcast, as can be seen clearly in the pictures. The lack of direct light, along with the snow covered horizon, made the scene almost monotone, depraved from colour and contrast.

It was a rather short photo journey, fun, regardless of the extreme weather. Shot with the Leica D-Lux 4 in RAW mode. This is practically the first time I use the RAW mode of the Leica since Aperture didn’t support it until the release of version 3, and I must say that I loved this little camera even more all over again 🙂

In snowy conditions the camera may get fooled and over expose the shots in order to bring the details of what it thinks is the subject of the picture, so I underexposed by 1/3 stop and used the snow profile on the camera (I don’t know if the last step matters since I’m shooting RAW anyway). In Aperture I increased the exposure as desired and pushed the dynamic range of the pictures by brightening the shadows a bit. I decreased the saturation to and increased the vibrancy in order to get rid of the blueish cast, and that gave me an even more bleached feeling to the already pale scene.