Watch the film and read more about it on:

Sheik of the Artists: Khalifa Qattan and Circulism is the title of a new short documentary production I’ve just finished. The film is the end result of about six months course about new media and public engagement for academics run by Birmingham University (not full six months of course!). The idea is to learn how to present your academic work in a way that the major public can understand and appreciate, which believe me is not as simple as it sounds!

In other words, the film will summarise the first two chapters of my thesis in 7 minutes.

At the end the film will enter a competition and will be published online afterwords. I didn’t win the competition unfortunately! I was told the judges though the film “was excellent but sadly had to mark it down due to the length. As such it did not qualify for a prize in this particular competition, but it was an excellent submission” and many of the judges though that I “should send it to BBC 4 or a similar forum as a short culture section.” On the other hand, if you ask for my opinion on the winning films, I think they are good.. and should be sent to CBBC or similar forum! 🙄 Regardless of this, I consider the film as my first real and complete documentary film production and I’m proud of it. 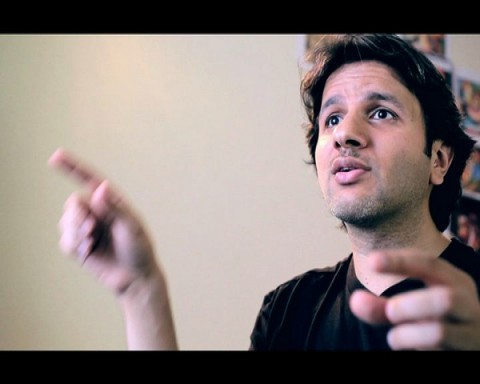 My thesis, in case you don’t know, is in the field of History of Art and about an artist from Kuwait called Khalifa Qattan (1934-2003) who created an art the theory known as Circulism in the early 1960s. The thesis covers vast amount of topics regarding the art and cultural history of modern Kuwait and the Middle East and uses modern and contemporary theories from Homi K. Bhabha, Edward Said and others. (See this for more يد الخير و مركب العطاء).

The film was shot with a Sony A1U (provided by the university) along with my own Canon HV20 and Canon 5D Mkii, post produced with Final Cut Pro, Motion and Garageband and Audacity (for the sound). I was supposed to use the university’s Premiere system, but luckily I opted out and used my own computer 😉 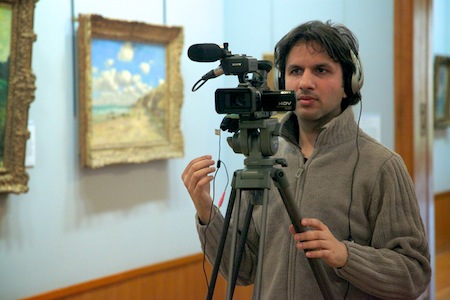 My assistant in this production was my wife Athoob who helped me with the shooting we did in the gallery hall of the Barber Institute of Fine Art and also did the narration and the music of the film. The music is called Kuwaiti Nostalgia and is an adaptation of a medley of classical Kuwaiti songs performed on the piano in Athoob’s own style.

At the end I would like to thank the following:

I hope you enjoy it.