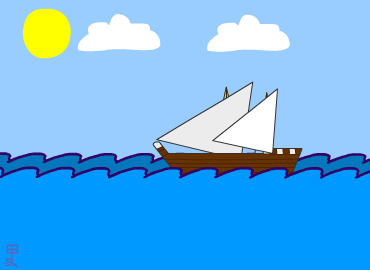 Before becoming the blog/website you see here moayad.com passed several stages, some of them were good, some were bad and others were plain ugly. Today I was looking at some old files on my hard disk and found a folder called web, inside it was most of the old sites I created throughout the years, one of them of course was moayad.com.
So here it is, the moayad.com timeline:

1- In the beginning the domain moayad.com was owned by a UAE company called Al Moayad General Trading Est. which is a company specializing in importing industrial products. One happy day the domain was dropped and I grabbed it ;). I still have the main page of their site stored on my computer but I can’t post it for you.. you know.. copyright issues :razz:.

2- When I first registered the domain I didn’t know what to use it for, so there was the coming soon page:

3- At that time I had the moayad.8m.com site but I wasn’t sure I wanted to copy the same stuff to the new domain. After a while I wanted to make changes to the site, so I changed the colors.

4- Ramadan came; and I got better at flash, so it was only natural to flash-up the site with a nice animation.

5- After a while I got involved in the Starz Station project, and got even better at flash, so I spiced the flash animation a little more. The site was still showing the coming soon sign because I didn’t have time to work on it. I also, for testing reasons, installed a community forum and opened it to the public. Of course it was a dull sleepy forum but I didn’t expect much of it, I was deeply involved in Starz Station and its real forum.

6- When the broadband revolution started one of the ideas I had for the site was to make it a video portal, something like iflim.com and heavy.com which were new things at the time. I did post a strange video featuring Mr. Mohammed Al Awadhi :). But that was it, no more videos, nothing else was posted at least. Maybe I will post the videos I prepared here in the blog soon.

7- Lots of things changed; Starz Station ended, Muslim Starz came, I got married and I needed a serious professional personal website. So I cracked my fingers, pulled up my sleeves and started working on the site you see here today.The slow update fever stroked me again because the original site was made using static HTML and Flash, so it was a nightmare to update. So after a while I just changed the home page to a blog and subscripted to flicker, it is the magical solution.. for now at least :).

There is one thing missing in this time line which is the.. time. Actually I am only sure of one thing, I registered the domain in 2000 and the latest major updates happened in 2005-2006, you fill in what’s between :razz:.